Home / Should fruit be eaten before or after meals?

Should fruit be eaten before or after meals?

Fruits are an important part of a healthy and well-balanced diet. They are low in calories and fat but high in fiber. They also contain health-enhancing plant compounds such as antioxidants and they are filled with vitamins and minerals. 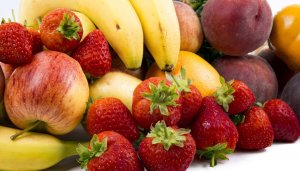 Commonly asked questions in regard to fruit

One response in particular comes from a study published in the journal of ‘Endocrine, Metabolic & Immune Disorders -Drug Targets’. Fruit and its derivatives, such as fruit juice, contain polyphenols. Polyphenols have antioxidants and anti-inflammatory properties that shield the body from free radicals and other molecules that cause inflammation. These “enemies” of the body are produced in large quantities just after eating an unbalanced meal, particularly food high in fat, carbohydrates or calories.

Citrus fruits after a fatty meal

It is not the first time that scientific research has dealt with the benefits of eating plentiful fruit after a meal. For example, a study at the University of Buffalo (United States) appeared in 2010 in The American Journal of Clinical Nutrition, promoting the role of flavonoids in orange juice as “scavengers” in the body.  Two antioxidants, naringin and hesperidin, neutralize the oxidative stress and inflammation generated by a unhealthy meal and prevent damage to the blood vessels.

“Naringin is a flavonoid found in grapefruit, lemon, oranges, clementines, tangerines, and cedar. This flavonoid is important for strengthening the capillary walls, purifying the body and promoting weight loss. It also has effect on the flu, acts as a muscle relaxant, it has anti-cancerous agents, hepatoprotection and anti-atherogenic mechanisms” – concludes Dr. Testa.

What kinds of fruit have a positive impact on postprandial stress?

Is it better to eat fruit before or after meals?

“Preferably, fruit should be eaten before the two main meals because the fibers it contains help reduce the absorption of simple sugars, thus reducing the glycemic index of foods. Contrary to what is often recommended in weight loss diets, fruit in between meals stimulates the endogenous production of insulin and therefore stimulates hunger rather than reducing it” – explains Dr. Testa.

In addition to the essential cookies for the full functionality of the website, Humanitas University uses, with your consent, cookies from Third Parties to collect statistical information on site navigation and to show you personalised advertising messages in line with your preferences. By moving the cursor to the X at the top right, you can continue browsing the website without installing any cookies other than the technical ones. For more information on our cookies usage, read the Cookie Policy or manage your preferences by choosing which cookies you wish to install. By clicking on "Accept" you agree to the installation of all cookies.

Cookie settingsAccept×
Manage consent
Necessary Always Enabled
Necessary cookies are absolutely essential for the website to function properly. These cookies ensure basic functionalities and security features of the website, anonymously.
Functional
Functional cookies help to perform certain functionalities like sharing the content of the website on social media platforms, collect feedbacks, and other third-party features.
Performance
Performance cookies are used to understand and analyze the key performance indexes of the website which helps in delivering a better user experience for the visitors.
Analytics
Analytical cookies are used to understand how visitors interact with the website. These cookies help provide information on metrics the number of visitors, bounce rate, traffic source, etc.
Advertisement
Advertisement cookies are used to provide visitors with relevant ads and marketing campaigns. These cookies track visitors across websites and collect information to provide customized ads.
Others
Other uncategorized cookies are those that are being analyzed and have not been classified into a category as yet.
SAVE & ACCEPT